Book Review – I Capture The Castle, by Dodie Smith 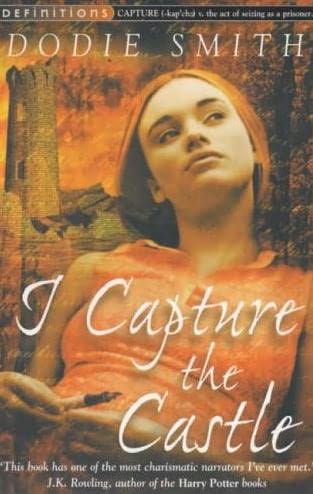 I Capture the Castle by Dodie Smith (originally published in 1949), is set in 1930’s England. The eccentric Mortmain family live in an old, cold and tumbledown castle in the countryside surviving on the bare necessities. They have no sensible income to speak of after Mr Mortmain stopped writing, and Topaz – his second wife – brings in a few pennies here and there as an artists model to keep the family fed (just about). There are two sisters, Rose and Cassandra. Cassandra, whose journal it is recounts every detail of life at the castle and the unusual people that live there. One day, two American brothers come by the castle and the lives of the Mortmain family are never the same again.

I Capture the Castle is a book that you need to fully immerse yourself in. Cassandra’s descriptions of the Mortmain’s quirky lifestyle are detailed and fascinating. The book contains a jumble of different personalities that you feel you get to know. Seeing them through Cassandra’s eyes you feel as if you already do. I found Cassandra to be a likable character and enjoyed seeing the story unfold from her perspective. She is a girl on the verge of becoming a woman, in some ways precocious and self-aware, but also still childlike in some ways and I felt that this came through very well in the writing style.

The relationship between the sisters in the book, Rose and Cassandra is interesting. Rose – the older sister could be seen as having dubious morals in her desire to pursue Simon Cotton (the rich young American) for his money, but after seeing the family’s poverty through Cassandra’s eyes, it’s not difficult to understand why. She is also a determined yet romantic character and I had the feeling that as the oldest child she feels a sense of responsibility to provide where their father does not. Cassandra’s relationship with Rose at the beginning of the novel is strong, and she never seems to judge her harshly until romantic entanglements bring jealousy into the picture.

Cassandra’s relationship with Stephen, the son of a former maid who has become almost part of the family, is poignant. Gorgeous, kind and earnest he is hopelessly in love with Cassandra. As the story unfolds we travel with her as she comes to terms with her feelings. I never quite got to grips with the characters of Simon and Neil Cotton. I read, but didn’t feel their personalities in the way that I did with other characters, but perhaps that was because they were outside the family. Topaz was the highlight of the novel for me. She seemed such a kind yet interesting person – a sort of glamorous earth mother!

I Capture the Castle is definitely a book that you need to curl up with and get into. I found myself distracted in parts as it is quite long and rambling. The relationship dramas are often frustrating and sometimes I wished that they would all just sort it out!! I found myself torn between wanting to find out what would happen and being annoyed at how leisurely the progress of the novel was. Without giving too much away, I guessed what was going to happen with one of the characters quite early on, but I didn’t expect the novel to finish the way that it did – which is a good thing, I think. I think the best way I can describe I Capture the Castle is that it’s a bit like a slightly updated version of a Jane Austin novel with all it’s romantic entanglements. I’m not sure if everyone would agree with that comparison but that is how it came across to me!

Have you read I Capture the Castle or seen the film version?