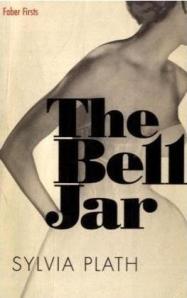 So yesterday evening I pootled off to the Royal Festival Hall to join the book group set up by Savidge Reads and Kimbofo. I like this book group as it’s a relaxed affair,  though withenough structure to ensure that everyone is encouraged to talk but – and our new member Linda agreed with me on this – it is a nice varied group of people who are there to listen as well as discuss with an open minded attitude. The other thing I enjoy about this book group is that I get to meet a bunch of new people, whereas in my other book group I meet with my friends, so I feel it’s a good counterpart to that.

which Faber & Faber have re-released with this rather gorgeous cover to celebrate their 80th birthday.  I actually read it several years ago, but had pretty much forgotten most of the events in the novel! However that’s not reflective of the book’s content. I think I may have read it with a different perspective now as a twenty-something woman from when I was a teenager. Actually quite a few of us were in the same boat including Hattie who said that she identified more with the angst of the main character when she was younger.

is a first person narrative account of the character Esther’s experience of being a young woman during the 1950’s. She moves from the suburbs of Boston for an internship at a fashion magazine in New York, and while it all seems very glamorous and exciting, Esther’s descriptions of her time there seem to suggest she really feels disoriented and quite detached from the whole thing. Having spent her whole life to this point getting straight A’s at school and winning scholarships, she is suddenly flung adrift into the adult world. As the book progresses, Esther withdraws from reality and becomes very depressed leading her to initially be seen by an unhelpful psychiatrist who prescribes electroshock therapy and then she is later hospitalized in a mental institution.  As the novel progresses I had get a strong sense of Esther’s own feeling of failing as she became more self-destructive, unable to even attempt suicide with much passion!

Esther is sharp and keen in her observations, especially about the people around her in tragic but witty way, while at other times comes across as very naïve. A whole range of characters drift in and out of her life. Key outside influences including a high-school sweetheart Buddy, a rather insipid sort of boy who she becomes disillusioned with, Doreen, who is a hedonistic girl that she meets on the internship and her Mother who seems unable to come to terms with her depression and responds by glossing over Esther’s problems.

I am so glad that this book group meant reading this novel for a second time. I found it very absorbing towards the middle to end of the novel, perhaps a strange sort of compulsive desire to watch as she withdraws from the real world.  I found that while at the beginning of the novel I was kind of antagonized by her distanced and often childish attitude, I came to understand her more and more. In fact I can imagine some readers finding the first couple of chapters to be quite frivolous in the descriptions of the girly glossy lifestyle that she is flung into, but as the book progresses it becomes very dark! While not being laugh out loud funny, her wry humour kept me engaged and I simultaneously loved and cringed at her biting comments about other characters.

I felt that Plath was wonderfully successful at conveying the behaviour and feelings of this girl as she collapsed into herself, and even though you would expect a certain verisimilitude because of it being semi-autobiographical, her descriptions are so evocative. The paragraph in which Esther describes the feeling as being inside a Bell Jar really brings to the reader into her detached, claustrophobic and unreal world! One thing that Esther really struggles with is her idea of what she wants to be and how she must make choices her in life which will lead her to lose out on things that she wants. This is described beautifully in chapter 7.

I saw my life branching out before me like the green fig tree in the story.  From the tip of every branch, like a fat purple fig, a wonderful future beckoned and winked.  One fig was a husband and a happy home and children, and another fig was a famous poet and another fig was a brilliant professor, and another fig was Ee Gee, the amazing editor, and another fig was Europe and Africa and South America, and another fig was Constantin and Socrates and Attila and a pack of other lovers with queer names and offbeat professions, and another fig was an Olympic lady crew champion, and beyond and above these figs were many more figs I couldn’t quite make out.  I saw myself sitting in the crotch of this fig tree, starving to death, just because I couldn’t make up my mind which of the figs I would choose.  I wanted each and every one of them, but choosing one meant losing all the rest, and, as I sat there, unable to decide, the figs began to wrinkle and go black, and, one by one, they plopped to the ground at my feet.

Although I thought I would feel depressed by The Bell Jar

, I didn’t find it to be so. Instead I found while it was tragic, it was also witty, engaging and in some places quite uplifting.

This was an excellent book for a reading group as it literally kept us all talking for hours, examining Esther’s personality, her relationships with other characters and the strange events that  affect her throughout. I very much recommend this novel to any book group.

Here are some other thoughts on The Bell Jar