a couple of months ago, and now sitting down to pull together my thoughts, my enthusiasm for this book hasn’t dampened. I was delighted by Mary Anne. I was surprised, because although I always expect wonderful writing from Daphne du Maurier, I anticipated a tough read because it looked from the cover like a dense historical novel. What I discovered instead was a book, packed with with witty lines, and a richly described period setting which creates the backdrop for the story of a fascinating protagonist based on du Maurier’s own great-great-grandmother. 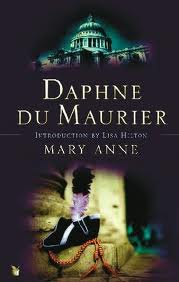 follows the rise of Mary Anne Clarke right from being a little girl, living in Bowling Inn Alley, a very poor area of London through her early disastrous relationship with her first husband, who she leaves and then sets herself up in ‘business’ as a high-class prostitute to support her family and lifestyle she aspires to. She catches the eye of the Duke of York, who is beguiled by her beauty and wit. At first it seems that he is the ultimate companion for Mary Anne in her desire to climb the social ladder, however his extravagant lifestyle is not backed by sufficient wealth, leading his mistress to find ingenious ways to keep herself in the style she is accustomed to. It is her entrepreneurship that leads to a huge scandal that shakes up the government and sees Mary Anne boldly fighting her case in the British Pariliament.

I was completely absorbed by Mary Anne. Du Maurier writes her protagonist into life with such passion and skill, making it clear why she makes every decision and how these choices shape her journey through society. Despite being a single-minded social-climber, as a reader I forgave her her every mis-step and couldn’t but help admire her tenacity. From the early days when as a young girl she uses her quick wit, to keep money rolling in by copy-editing in secret, to setting her self up in the house at Tavistock Place, so much of what she does is driven by a desire to provide stability for her family and find it for herself. Of course she also loves her luxuries, and it is this that actually keeps her always only a thin line away from destitution, but also drives her forward and furnishes her with the front she needs to keep moving up. She creates this image for herself, even in the worst of times abiding by idea that it is important to “keep face, to show a bright facade” and that “when faced with a doubtful decision… audacity first.” 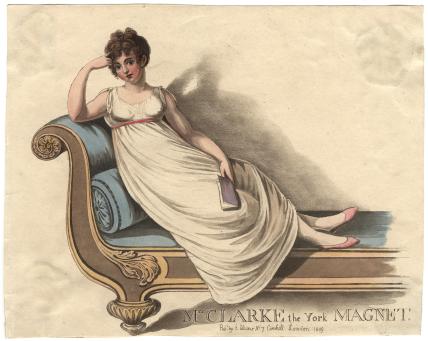 “Audacity first” at times leads to disaster for those who have helped her along the way – for example the suicide of her first husband’s brother, who after some bad advice from Mary Anne, loses all of his money on the stockmarket. However, it is Mary Anne’s boldness that makes this such an interesting story and leads her right into the halls of Parliament to hold court there – “…standing before the bar of the House of Commons, the only woman in a world of men.” Mary Anne, is a strongly feminist novel and du Maurier uses the difficulties of the female position at this time juxtaposed with her character’s extreme forthright and wilful behaviour to show just how remarkable she must have been to make the connections and live the lifestyle that she did. Mary Anne is not an angel by stretch of the imagination, but she is a warm and entertaining human being. While she is responsible for bringing the Duke of York to scandal, she never loses sight of the fact that she loved him and it is very hard to call – is she to blame for everything, or is he getting his just deserts for using and disposing of her? Du Maurier lets the reader decide for themselves by simply showing Mary Anne in all her complexity as the story plays out. 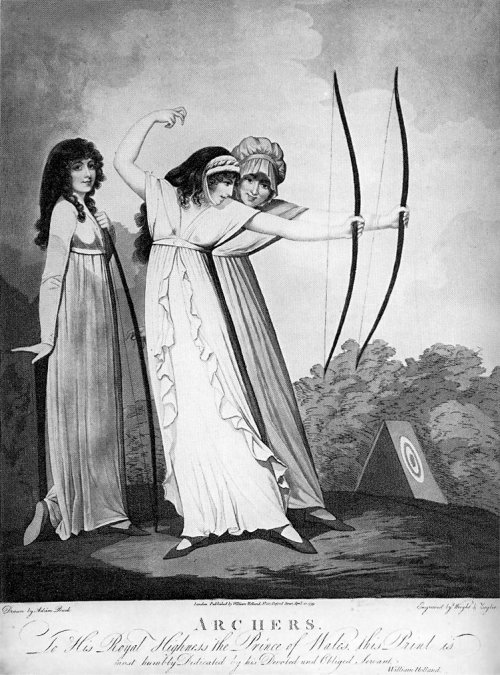 My favourite thing about this book is the humour that runs through it and the fact that Mary Anne never takes herself too seriously. I loved the little touches such as her seal on letters being  Cupid riding on an ass, which must have come from real life. I loved being a party to her inner thoughts and observations of people, “The creature stared at her. The expression was stolid, dumb worship. Could she be slightly mental? Were the eyes a trifle vacant?”  In fact there are so many passages that I would like to quote from this book that I would probably breach copyright if I put them all in.

Daphne du Maurier evidently found the story of her great-great-grandmother fascinating, and although according to the introduction in my copy, she didn’t feel as if she had done her justice I can’t disagree more. It makes me wonder actually why on earth this hasn’t been picked up for a film or television series as it is really quite brilliant. If you look at ratings of this book you’ll see it gets around a 3.5/5, but when you read the reviews in detail you can see that opinions are completely polarised between those who don’t like the character, or are disappointed that it’s so different from Rebecca and those how are completely blown away by it.  As you can probably tell by now, I fall into the latter category and I love the fact that it is so different from her other novels and shows again, how versatile an author she could be.

Did you readalong with Mary Anne and if so what did you think? Or have I tempted you with my glowing review 🙂 ?

I accidentally fell into the library at lunchtime and was delighted to discover that the staff in their infinite wisdom have stocked the shelves full of Daphne Du Maurier novels!

Even better, I was able to get myself a copy of Mary Anne for the Discovering Daphne season that Savidge Reads and myself are running in October. It’s a bit previous but I couldn’t resist! 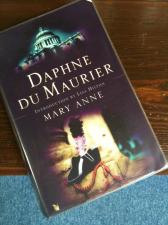 Have you discovered any library gems lately?