on Monday (after I was able to hunt out my own last weekend), I am able to conclude Discovering Daphne! This copy might have travelled some 200 miles from its home in Manchester, but within the pages of this short story collection I travelled much further, from Venice to Israel, Crete to Ireland. 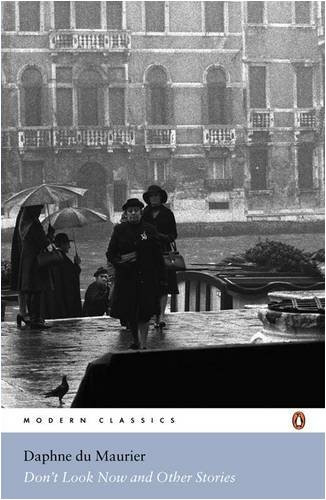 Don’t Look Now is the first story, and the most famous (made into a film with Donald Sutherland and Julie Christy in the 1970s), was a re-read for me, yet it lost nothing in the telling. I decided on a whim to read all the stories in a muddled-up order instead of one after the other, which I usually do.  I feel it was rather apt to finish Discovering Daphne with the spooky Don’t Look Now on Halloween! Daphne du Maurier is a mistress of atmosphere and as she does in Rebecca where she takes the reader through the gardens of Manderley, she conjures the labyrinthine streets of Venice, romantic by day, haunting and oppressive by night. A couple are on holiday in this beautiful city, there trying to forget the loss of their little girl and mend their relationship, but the story takes a turn for the unusual when they bump into two strange old ladies. Don’t Look Now is probably my favourite short story, or at least it’s my favourite short spooky story. Luckily I hadn’t seen the film the first time I read this (although I have now and I have to admit it’s rather dated but creepy in the way that 70’s horror movies almost inherently are), so I was quite taken aback by the nasty little twist at the end and I found it almost as suspenseful the second time around. This is a brilliant, chilling tale.

Not After Midnight is about a schoolmaster who takes a holiday in Crete. Looking forward to enjoying painting the Mediterranean seascape, he finds that his peace and quiet is shattered by an over-loud American man, named Stoll who is staying at the same hotel with his long-suffering wife. As the story develops, the schoolmaster has a disconcerting feeling that something is not right on his idyllic island. When I first picked up this collection of stories and read Not After Midnight perhaps I was just not in the right mood because I found it a bit dull, but for some reason the second time around it really unsettled me. I think I missed the little hints of what was to come when I read it before and this time I was really absorbed. It is a strange little tale and perhaps would lose something for a reader with no understanding of Greek myth but I really enjoyed it.

In A Border Line Case a young aspiring actress, goes on a journey to Ireland to find an old friend of her recently deceased father. While on the Emerald Isle she is practically kidnapped by the locals and spends an unusual night with her father’s old comrade. I don’t want to give anything away but suffice to say this is one of the more shocking tales in the series! I’m not quite sure whether to think it’s a little too bizarre or just brilliantly nasty.

I enjoyed the descriptions of Jerusalem in The Way of the Cross but wasn’t really gripped by the storyline. All the characters were horrible apart from poor hormonal Mrs Foster and pathetic Miss Dean. This doesn’t normally put me off but I think that perhaps there were just too many different personalities in a short story for me to really be invested in what was happening with them.

The Breakthrough was a curious experimental piece – a mix of the spiritual and scientific (something that du Maurier also plays with in The House on the Strand.) It wasn’t quite my cup of tea and I also wasn’t convinced by how quickly the main character came to believe in the research that he was doing, but it is original and I liked the idea that something amazing could be discovered unbeknown to the rest of civilisation in a little backwater somewhere.

Although some stories in this collection stand out much more for me than others, overall I think it’s a perfect way to dip into du Maurier’s work. It is also interesting to read because it was written much later than her better known novels, so feels quite modern. If you like a good scary story then it’s worth buying for Don’t Look Now and some of the others in the collection are just as dark if not more so. My advice is to make you’ve got a nice cup of tea to take away the chills after reading this one.

The Guardian also chose Don’t Look Now as a reading choice for October – you might enjoy heading over to read the comments and commentary here, or read this excellent review by Simon, my lovely Discovering Daphne co-host.

Did you join in with the Don’t Look Now readalong or have you perhaps been tempted to pick up a copy?

At the beginning of January I put up a post about my wonderful Christmas present – a trip to Venice, and after I asked other bibliophiles for their recommendations of what to read on holiday, I was nearly as excited about my final choices as the trip itself! Thank you everyone who helped out with my holiday list!

I couldn’t reduce the list to anything less than five, but as they are mostly novellas or short stories. Here they are: 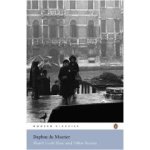